What is speaker cable?

What is speaker cable?

Speaker cable is the wire used for the electrical connections between speakers and amplifier sources. It has three key electrical properties: resistance, capacitance and inductance. Resistance is by far the most important property to look at. Low-resistance wire allows more of the source’s power through to the speaker coil, meaning more power and more sound.

How does resistance affect performance?

Generally speaking, resistance starts to have an effect on the performance of a speaker when resistance is greater than 5% of the speaker’s impedance. Resistance is affected by two key aspects: wire length and the cross sectional area of the wire. The shorter the wire is, the less resistance it will have. The trick here is to minimise wire lengths where possible but still ensure your speakers are positioned apart. It’s also important that the wire lengths to both speakers are the same to ensure they both have equal impedance values.

The cross sectional area of the wire is referring to the thickness, or gauge, of the wire. The thicker a wire or the lower the gauge, the less resistance. It is therefore a combination between speaker impedance, length and gauge that affects the resistance. The below table illustrates suggested cable lengths that will ensure your cable has a resistance less than 5% of your speaker’s nominal impedance given differing gauge measurements.

There are wires specially used for the connection between the power amplifier and the speaker in the audio equipment. The speaker line mainly transmits the real power signal, so the speaker line is required to have excellent conductivity and high-quality transmission capacity.

At present, oxygen free copper audio cable is the mainstream with low resistance. That is, the so-called gold and silver thread.

Audio gold and silver wires usually have no shielding layer, because the current signal flowing in them is larger than audio and video lines, and the amplitude of the signal is very large.

For the gold and silver wire, the most important thing is to reduce the resistance of the wire. The impedance of the power amplifier is very low. 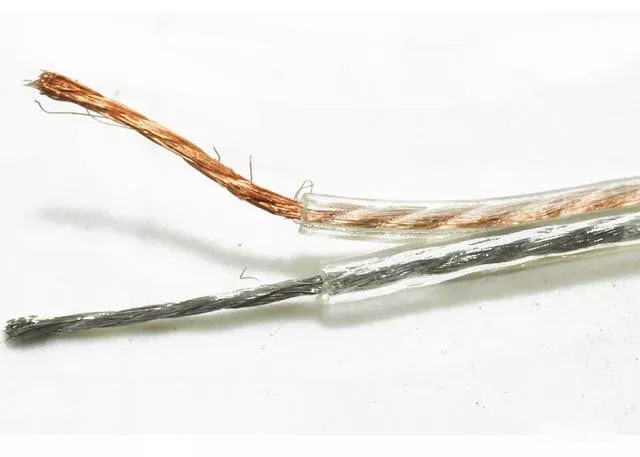 The reason why the materials on both sides of the audio gold and silver wire are different is that they are oxygen free copper and tinned copper, and there is also a combination of copper-clad aluminum and tinned copper, mainly to distinguish the ± pole.

Gold and silver wire is mainly used in various types of speakers, PA engineering, home theater connection and public space broadcasting system. The effect of oxygen free copper on audio transmission is better than that of ordinary wire.

The sound line directly passes through the power signal. Because the passing current is large, the copper core of the line is usually relatively thick. In order to ensure high-frequency passing and reduce resistance attenuation, it is mostly silver plated, gold-plated or oxygen free copper wire. 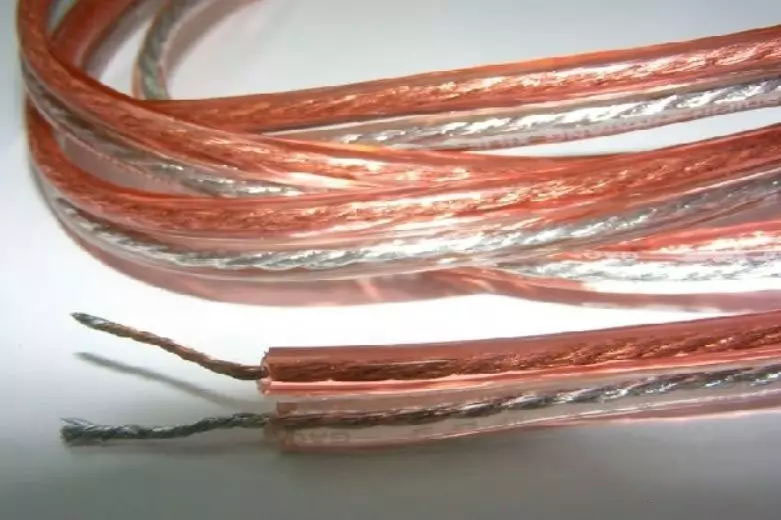 The audio line passes through the signal of low power and low current, and has high impedance and is easy to be disturbed. Therefore, it is generally a shielded line, and the line is also relatively thin.

Audio lines usually have a shielding layer, but audio lines often have no shielding layer. The key is to reduce the resistance. Among audio lines, the more expensive is the special line for oxygen free copper speakers, which is mainly characterized by good conductivity and low resistivity. 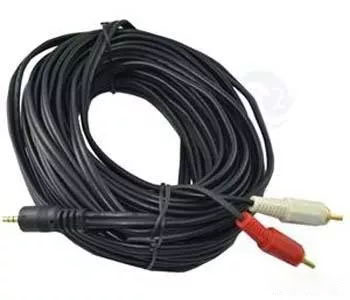 Audio line is generally divided into copper plated audio line and oxygen free copper audio line. The sound lines are divided into 100, 200, 300, 500 and 600 sound lines. In fact, the branch is the core of the sound cable. Branch refers to the sound line composed of the corresponding number of copper cores, such as 100, that is, the sound line composed of 100 copper cores inside., Generally, the more the number, the better the effect, and of course, the higher the price. However, if it is a family line or an ordinary speaker line, in fact, 200 to 300 are enough.

How to choose audio cable

No more cores, but no less. The strength of single core wire is enough, but it is very punching and the separation is not good. The separation degree of multi-core wire is enough, but the strength is insufficient. Therefore, there is no specific requirement on how many cores you want. It depends on your requirements for the current speaker. If you feel that the low frequency is not strong enough, you can use fewer cores. If the sense of hierarchy and three-dimensional is not enough and the sound is mixed together, you need to use multi-core wires. As for the specific amount, you need to adjust it slowly.